Sorry! You missed Ronnie Milsap at Martin Wolsdon Theatre at the Fox

Unfortunately, we don't have any information about upcoming performances of this show. Maybe we can interest you with something similar from the options below... 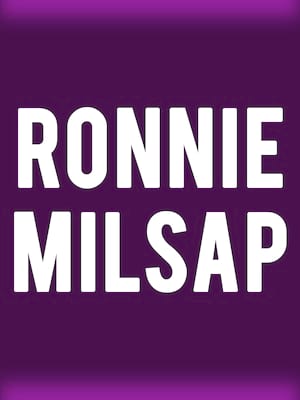 A humble, overtly friendly fellow with a talent as vast and multi-dimensional as the American South.

Ronnie Milsap is a country music legend who's known for his hits across the '70s and '80s and has released many albums spanning decades. His latest album was released at the start of 2019 and consisted of a compilation of duets. The blind singer crossed barriers during the height of his career by being an artist to create both country and pop music, and appeal to both of these markets. His upcoming tour coincides with his 76th birthday.

Milsap was inducted into the Country Music Hall of Fame in 2014 and has received the Grammy Awards for Best Male Country Vocal Performance five times.

Sound good to you? Share this page on social media and let your friends know about Ronnie Milsap at Martin Wolsdon Theatre at the Fox.