Meet The Cast of The Book of Mormon on Tour 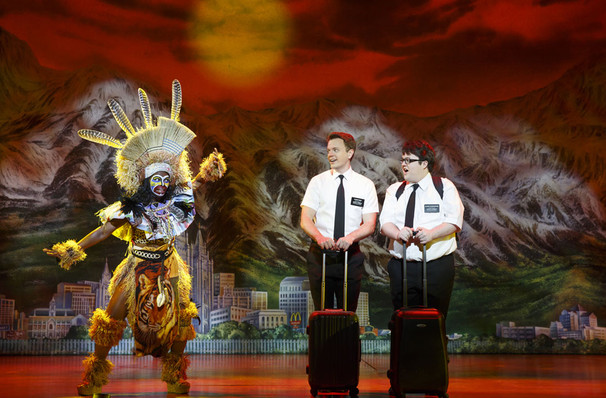 Ringing a doorbell in your town soon!

Canadian born Liam is no stranger to Elder Price's stiff button-down shirt! After being a stand-by for the role on Broadway Tobin is ready to step into the eager Mormon's life full time on the production's national tour! Tobin's other theatre credits include the national tour of Beautiful: The Carole King Musical and the international tour of West Side Story.

Fun Fact: Liam is a trained pilot! And regularly takes to the skies in small aircraft.

Jordan is another The Book of Mormon alum joining the ranks of the national tour! After being a stand-by Elder Cunningham in the Broadway production, Brown now steps into the role full-time. As well as having a whole host of regional theatrical credits to his name, Brown's voice also features on the "South Park: Fractured by Whole" video game!

Images used from a previous national tour of The Book of Mormon, and may not reflect the current cast.

Fun Fact: Andy's wife, Audrey Cardwell, is also a performer and has starred in the national tour of Falsettos and Bright Star.

A recent graduate from the University of Michigan, Alyah Chanelle Scott will be making her national tour debut as Nabulungi in The Book of Mormon! Alyah has just completed work on her Short Film debut, "Walk Off".

Fun Fact: Aside from her acting talents, Alyah is also a talented dancer and cheerleader!

Images used from a previous national tour of The Book of Mormon, and may not reflect the current cast.

A regular on Broadway and on tour Jaques C. Smith has starred as Stephen in If/Then and Benny in Rent. Jaques regularly appears on TV and has featured on episodes of ER, Law and Order, and CSI: Miami.

Corey Jones is another The Book of Mormon alum and has been with the production for over three years! As well as his work on The Book of Mormon, Jones has starred at the Utah Shakespeare Festival in How To Fight Loneliness, King John, Titus Andronicus, and The Tempest.

View our show pages for more information about The Book of Mormon, Inb Performing Arts Center.

The Book of Mormon